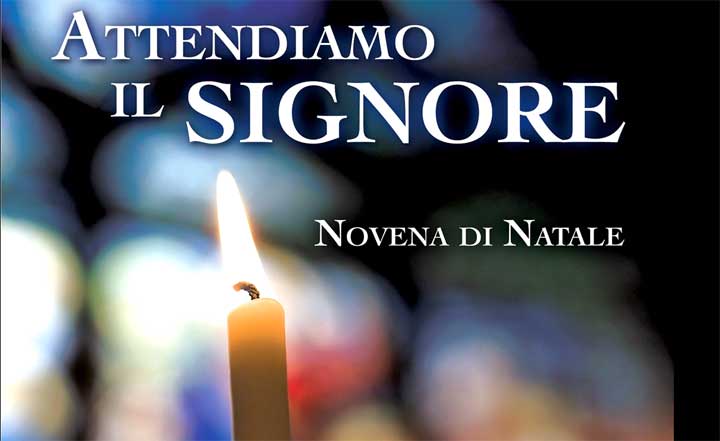 Taipei, Taiwan, 18 December 2020 — 16 December 2020 saw the 300th Anniversary of the beautiful Christmas Novena song in Gregorian Latin that for at least the first 100 years of Salesian life has been sung every year in Salesian Houses. This evening, in the 3rd floor chapel of St. John Bosco Parish in Taipei this Christmas Novena was sung in Chinese by the Salesian confreres. “A thing of beauty is a joy for ever” (John Keats). No wonder, this Novena is still sung and appreciated after 300 years.

This long-lived Novena was composed by Vincentian Father Carlo Antonio Vacchetta, C.M. (1665-1747) with the support, among others, of Blessed Sebastiano Valfré. It was sung for the first time on 16 December 1720 in the Church of the Visitation of the Casa della Missione of the Vincentians in Turin.

In this same church cleric Giovanni Bosco made his retreat on three occasions: before his Ordination to the Subdiaconate (September 1840), before his Ordination to the Diaconate (March 1841), and before his Ordination to the Presbyterate (26 May – 5 June 1841). In this church and Casa della Missione Giovanni Bosco wrote the 9 resolutions of his priestly life. Perhaps it was in this church that Don Bosco picked up Fr. Vacchetta’s Christmas Novena. Or perhaps he had been singing it since his childhood at Becchi and Murialdo, since the Novena was already popular in Piedmont. In any case, Don Bosco became the great promoter of this Novena all over Piedmont and Italy. His Salesians followed suite, bringing this Novena all over the world.

A DePaul University historian of the Novena writes: “Since [1720], the Christmas Novena has spread throughout Italy, first through the Vincentians and Daughters of Charity, and later through the Salesians of Don Bosco. It has spread elsewhere in the world due to the missionary work of the three Communities” (John E. Rybolt, C.M., Vincentian Heritage Journal, Fall 1985).

So, for example, for the last one hundred years in the United States of America this Christmas Novena has been seen as the special Christmas devotion of the Vincentians of St. Vincent de Paul and, at least for the first half of the 20th Century, of the Salesians of Don Bosco. As for the China Salesians, we may be sure that from the very beginning in 1906 they have been singing this beautiful Novena.

They are still singing it in the two formation communities of the CIN Province: in Shau Kei Wan (Hong Kong) and in Taipei (Taiwan). The only difference is that now it is sung in turn in Latin, in English, and then in Chinese.

Historians say that Vincentian Fr. Vacchetta may have been inspired by a Roman Advent devotion. Already a 100 years before him, Christmas was prepared in Rome, at least since 1618, by reading and singing verses from the prophets, the so-called “Novena dei versetti”. If so, the Novena is not 300 years old, but 400 years old!